More than 40,000 successful business professionals working in over 100 countries make up our thriving ACEM alumni community. We leverage alumni resources to make connection with ACEM development. Alumni are playing a great role in social responsibility and public welfare activities. 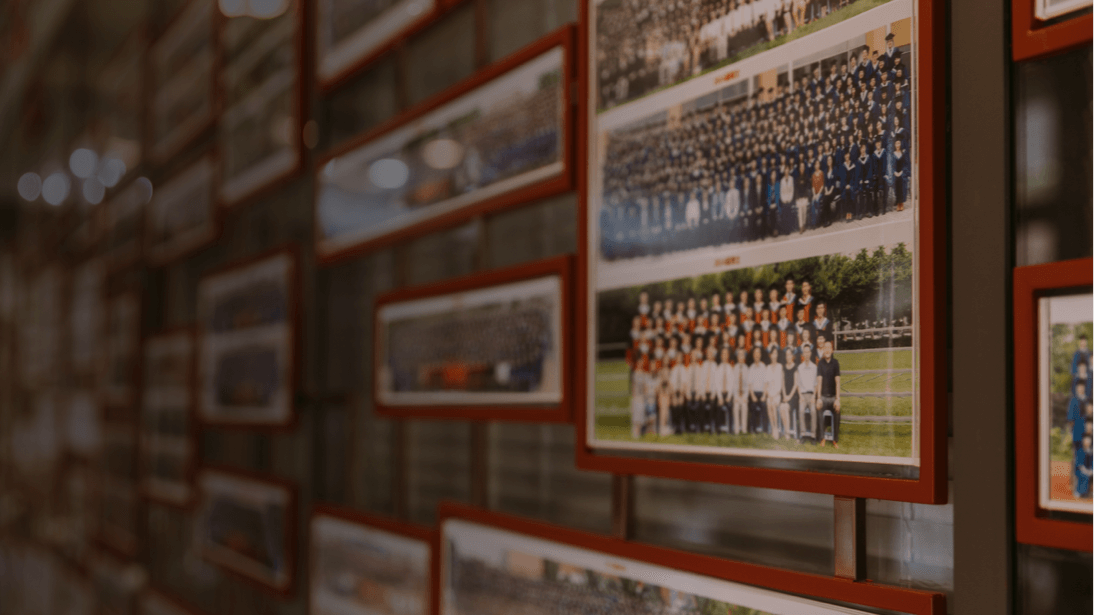 We help alumni stay connected with us and each other. If you have any questions about our alumni services, please get in touch: alumnipr@acem.sjtu.edu.cn

We are proud to see that alumni of ACEM are making their impact in their field, in their own way.

The ACEM offers alumni and alumni enterprises sustainable benefits and resources, including ACEM courses, alumni concerts, access to ongoing career support, and use of campus facilities.

SJTU ALUMNI NETWORK
You may want to get the latest updates through our ACEM WeChat Official for Alumni.

We uphold the spirit of lifelong learning and innovation, always aiming to effectively integrate theory and practice.

A philanthropic gift to the College allows us to innovate, seize opportunities and react to future challenges, helping us to drive individual potential and fuel real-world impact. We recognize your generous investment to realize our shared vision. Together, we are building a better future for business. Thank you.
You can also contact liwenrui 216@sjtu.edu.cn for kind donation.
Antai’s Proud: Athletes

We have an undergraduate sports class in Antai made up of professional sports athletes who study at Antai and make contributions to sports for the country at the same time. At the 2020 Tokyo Olympic Games, we were proud to witness many of their achievements. Among the Chinese Olympic delegation 15 students and eight alumni of Shanghai Jiao Tong University participated as leaders, coaches, and athletes. 19 Antai students and alumni won three gold, three silver and two bronze medals, in table tennis, swimming, and basketball. Their excellent performance brought glory and great social impact for the Antai family and our international brand.

Chen Hong: One of The 100 Outstanding Chinese Role Models

In November 2021, the China Model Hall of Fame and the National Publishing House co-edited and published a series of large-scale documents and historical materials called "The Power of Models: Top 100 Outstanding Chinese".

The editorial board selected and invited 100 model figures from different industries, countries, regions, and scales from the global Chinese community. It is worth mentioning that they all achieved milestone achievements and breakthroughs this year, making benchmark contributions to global economic and cultural development.

For example, Some of them are Zhong Nanshan, an academician of the Chinese Academy of Engineering and a famous respiratory disease expert; Cao Dewang, founder and chairman of Fuyao Glass Group; and Ren Zhengfei, chairman of Huawei.

The only Chinese selected in Spain is Ms. Chen Hong. This article will recount the life experience of this influential Chinese role model. 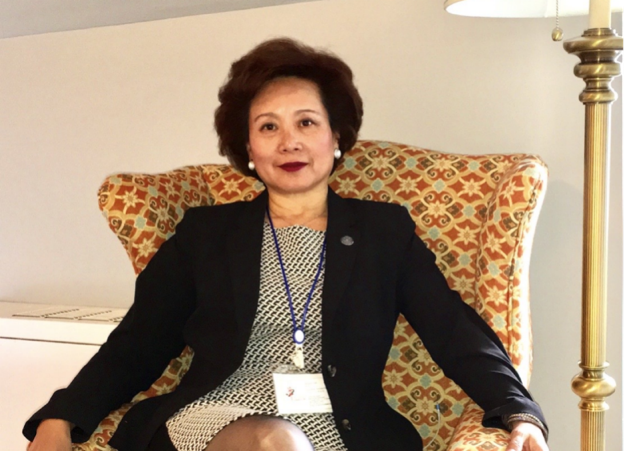 Most Influential Women in the Spanish Chinese Community 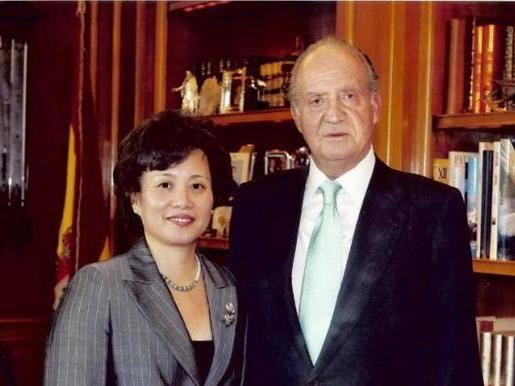 Chen Hong is an alumnus of Shanghai Jiao Tong University in 1984 with a double major in foreign industrial trade and computer science, CEO of Optimus Horizon, member of 100 experts of the Spanish National Science and Technology Foundation, founder and chairman of the Spanish China Association, president of SJTU Spanish Alumni Association, etc.

She is a benchmark Chinese representative of Spanish Chinese integrating into the mainstream society, and is the only Chinese executive officially met by the Spanish King Carlos in the palace. In addition, Chen Hong was also praised by the mainstream media "National News" as the "first Chinese woman" in the industry and one of the ten most influential professional Chinese in Spain.

The following are some of Chen Hong's achievements and contributions to the development between the two countries:

· In 2017, as the founder of the Spanish China Association, Chen Hong was invited to participate in the 2nd China-Spain Exchange and Development Forum, dedicated to establishing mutually beneficial cooperation between the two countries.

· In addition, Chen Hong partnered to set up a Sino-Western Venture Capital Company, which grafted Spanish innovation capabilities with the Chinese market and investment resources. This company successfully held major events such as the Sino-Western Innovation and Entrepreneurship Competition.

· As the only Chinese author, Chen Hong co-authored the book "The Impact of Informatization on Economic Recovery in the Post-epidemic Period" with several successful political, economic, and business figures in Spain, which attracted widespread attention from the Spanish society.

“My experience is a trilogy of China, America and Spain. Wherever I go, I have to start from scratch and keep working hard.”

Chen Hong was born in Shanghai in 1962. Like many young people in that era who hoped to change their destiny through struggle, Chen Hong focused on her studies. She was successfully admitted to Shanghai Jiao Tong University, majoring in computer science. After being selected by the whole school, Chen Hong entered the Department of Industry and Foreign Trade in Class 1284 of the College of Management.

After graduating in 1984, Chen Hong worked as a teacher at the College of Management for two years. Afterward, she won a research scholarship from TTU State Polytechnic University in the United States. With her dream of pursuing high-end technology, Chen Hong went to Tennessee Tech University to study for a master's degree in industrial engineering, and she completed all the courses in one and a half years.

“I remember a time when I worked 80 hours a week in a university computer lab, and the average person worked 40 hours, but I doubled that.”

In 1993, Chen Hong came to Spain and joined a consulting company as a shareholder. With her leading e-commerce knowledge, she developed new e-commerce services.

“To survive in a Fortune 500 company requires a lot of patience and a lot of personal dedication. The field of science and technology is changing with each passing day. To stay at the forefront of new technologies, we must continue to learn and improve.”

In 2004, Chen Hong was appointed as Asia Director. As a result, Telefonica has become the largest foreign investor in China Unicom Group, with up to 3.5 billion US dollars. In addition, the two parties have established a strategic partnership and exchanged equity. 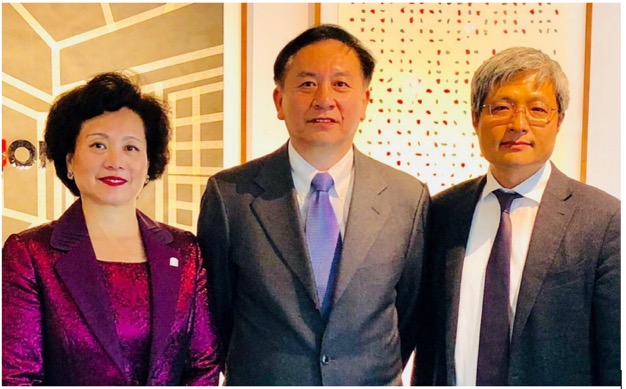 Behind many honors is Chen Hong's hard work and persistence. She regards honors as recognition and a driving force for continuous self-improvement.

“The world situation is undergoing a century of great changes, and the rapid rise of China is changing the course of history.”

Chen Hong's current goal is to continue to engage in strategic consulting and management of high-tech enterprise innovation companies, and contribute to the cultural exchange between China and the West. 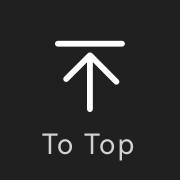