In 1997, I emigrated to Canada with my family. Since receiving a degree in economics from the University of British Columbia in 2011, I have worked in the real estate industry. During my years working in real estate, I was very lucky to meet and build relationships with many Chinese immigrants. I always found it extremely interesting to hear stories about China while talking with my clients. They shared their experiences with me and told me various stories. The more I learned, the more my curiosity grew. Therefore, when an opportunity presented itself in 2019 to apply for the IMBA program at Shanghai Jiao Tong University, I took the plunge.

Throughout my life, I have visited Shanghai often, mostly to spend time with family. That’s what all my trips would encompass, family visits and dinners. Though I was a frequent traveler to China, my trips would always be short, and I never really felt a connection with my Chinese lineage. As an emigrant, I missed the opportunity to really get to know China. One could say that although China has always been part of my life, we were “strangers”. So, imagine my excitement when I was accepted into the IMBA program at Shanghai Jiao Tong University in 2020. I stepped foot in Shanghai, embarking on a new journey.

This was the opportunity of a lifetime. I was given the opportunity to stay in China for two years, learn about its culture and meet its people. I was beyond excitement. But then something happened, something that would forever change the way the world operated: COVID-19. As the pandemic spread around the globe, all scheduled events by the school were cancelled. Once I thought I was one of the unluckiest people in the whole world. What were the chances that the year I decided to go to China to study, something like this would happen? Little did I know, Shanghai Jiao Tong University  paired me up with a buddy, someone who could help foreign students adapt to life at the university . Through Alison (my buddy), I was able to meet all the local classmates. I still remember vividly how welcoming everyone was during our inaugural class trip together. Due to the pandemic, many international students were unable to make it to Shanghai, so all the love and care that would have normally gone to them, was given to me.

As classes began, I quickly realized how much thought and effort was put into each lecture, so that despite the pandemic having prevented some classmates and professors from making it to China, we would still receive top of the class education. With online classes, there came many challenges. Our class was essentially the first of its kind. I could tell that many of our professors were faced with the challenges of teaching online. Not only was there a feeling of disconnect with all the students, in many cases, there would also be time differences between the professor and students. Sitting inside a lecture hall with my classmates, all staring at our own computer monitors was definitely a site to behold. Though the whole ordeal was quite challenging, I could see that Shanghai Jiao Tong University was trying its best to make up for all the shortcomings. The school set up cameras so that the professors were able to see the whole lecture hall, and I think this somewhat helped bridge the gap created by online lectures. Though it was unfortunate that I was not able to meet with all the professors in person, I am still glad that I was able to make a connection with them and expand my personal network.

In order to help the international classmates who were unable to make it to China connect with classmates in China, our classmate Charles came up with the idea of holding a daily coffee chat. We would spend around half an hour chatting and connecting with our overseas classmates every day. This really helped strengthen our relationships with each other.  In order for everyone to get to know each other  better, another classmate Jerry helped organize weekly self-introductions/mini presentations by each of our classmates, which really helped build camaraderie between us.

One could say that physical interaction is half the experience of attending the MBA program, and that is why I am extremely grateful for the opportunity to have been in China throughout the past two years. Not only was I able to learn and acquire new knowledge, but I was also able to expand my network of friends. Outside of class, we would go on trips together, eat together, play sports together, and drink together.

With each outing, our bond grew stronger. To me, those memories will last a lifetime. In fact, the most memorable moments in my two years at Jiao Tong University would come from working with my classmates to plan all our class events. I was fortunate enough to be elected class president during our student representative elections. Together with other class representatives, we worked together and planned class events like our Halloween, Christmas and New Year parties. We even worked together to plan and start the inaugural Annual Class 91 Alumni Gathering Event. 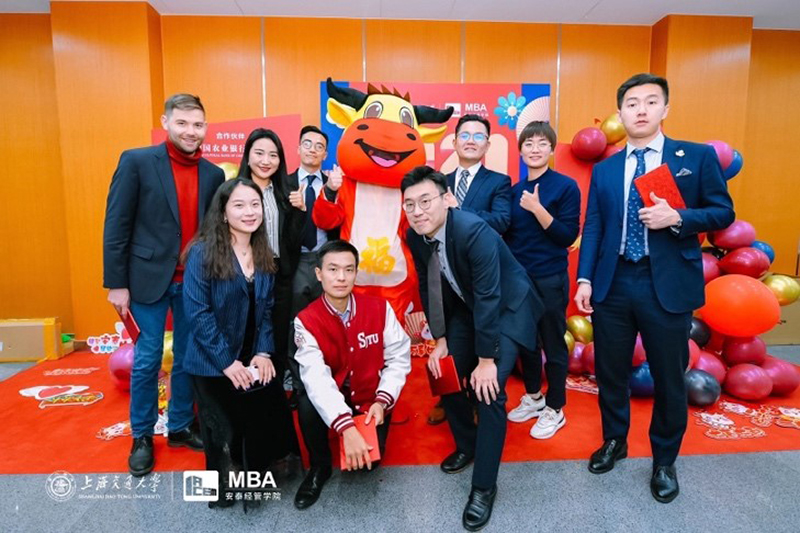 During my two-year stay in China, I was also able to travel to many different cities, and I was very impressed by the amount of development that has happened. This has really expanded my knowledge about China and its culture. For example, I had not been back in Hangzhou for about eight years and was shocked that during those eight years, Hangzhou had built a whole subway system of more than eight subway lines. For context, Vancouver built one subway line in the past twenty years. Granted, North Americans rely more on cars for transportation, but this does not take anything away from the amount of growth that has taken place in Hangzhou. Travelling from city to city also allowed me to take in the vastness of the high-speed rail network in China.

When I was little, I remember that a trip from Shanghai to Beijing would take over 12 hours. With high-speed rail, the same trip now takes around six hours. This network of high-speed rails has now extended to almost every part of China. Imagine living in a small village where there was no easy access to any form of transportation, and the amount of change a high-speed rail station could bring to that area. The more I travelled around the country, the more I was flabbergasted by the amount of development that has been happening around the country. By taking these trips, I was really starting to understand what China was all about.

Combining what I learned in school with what I was able to observe through my adventures within China, I was finally able to learn about my Chinese lineage. I realized how little I knew about China, and how much Chinese people’s values differed from western society. I learned about the harshness that Chinese people have to experience and go through while trying to make it in China. Unlike in North America, where there are ample resources and everyone is able to get their fair share (relatively speaking), many children in rural China grow up without the opportunity of being able to finish primary school.

The ones who do finish primary school, especially the ones who are able to make it into top Chinese universities, have to go through so much more than the average North American. After graduating from university, they then have to join the rat race known as society. It’s no wonder people in China are so hard working and competitive. If they were not, they would not have been able to create a better life for themselves.

Learning about this aspect of China has given me newly found respect for all the hardworking people in the country. This new knowledge also allowed me to do lots of self-reflection and has really encouraged me to want to work even harder in life. Through my two years of living, studying and working in China, I was finally able to learn about how Chinese people work, how they interact with each other and what their values are.

My experiences working with Chinese people, collaborating and connecting with them, really shone a new light on how wonderful the people of China actually are. I no longer feel a disconnect; instead, the loner I stayed in China, the more I felt like I was finally gaining back a missing part of myself.

During my time in China, I was also especially taken aback by how friendly people are. I have always been an introvert and it usually takes me a while before I am able to make personal connections with strangers. But being in China for two years really showed me how open and friendly people in China can be. From my first day in class all the way up until my last, there was no shortage of love and care given to me by my classmates.

Over the past two years, I was really able to grow my network in China. I can safely say that without being in the IMBA program at Shanghai Jiao Tong University, I would not have been able to achieve the same type of accomplishment in the same amount of time. Shanghai Jiao Tong University really provided me with a stage upon which I can leverage my own uniqueness and abilities to connect with all my Chinese classmates, as well as my professors and mentors.

Finally, the cherry on top is the education and degree that I was able to get while in China. Due to rather special circumstances, I was unable to renew my visa to extend my stay in China past my studies, and am now back in Canada. But there is still so much more that I want to learn about China, and even more of China that I want to see.

China is such a big country and I was only able to traverse a tiny sliver of it in my two years there. I am making it a priority to go back once the COVID pandemic is declared over in China. I really want to take this opportunity to thank Shanghai Jiao Tong University for the opportunity to come and study in Shanghai. I would also like to thank all the faculty members, because without their hard work and assistance, there was no way that things would have worked out this smoothly. Finally, I would like to thank all my classmates for the unforgettable two years together. Two years ago, I came to China as a “stranger”, now, I’m leaving China as a member of a new family.