This study advances a new mechanism through which policy changes influence firm political actions: when experiencing the impact of a major policy change at founding, founders are likely to form lasting beliefs about governments’ policy erraticism and adapt by undertaking political actions to manage political uncertainty. The primary setting for investigating this mechanism is the reform of state-owned enterprises (SOE) as a major policy change in China. The analysis of a national survey of Chinese private firms shows that firms experiencing the stronger impact of the SOE reform at founding are more likely to have their firm leaders assuming positions in the People’s Congress (PC) or People’s Political Consultative Conference (PPCC). This effect is weaker when (1) founders suffered less status loss from the reform; (2) founders more sympathized the SOE reform due to their CCP membership and the communist legacy in their provinces; (3) there are weaker legal constraints over governments in their province. The analysis of another national survey shows that experiencing the stronger impact of the SOE reform at founding indeed made founders trust the government less. The discovered mechanism helps better understand why some firms undertake political actions more and how policy changes affect firms. 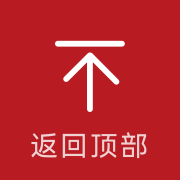